It’s Time to Get Rid of VPN! 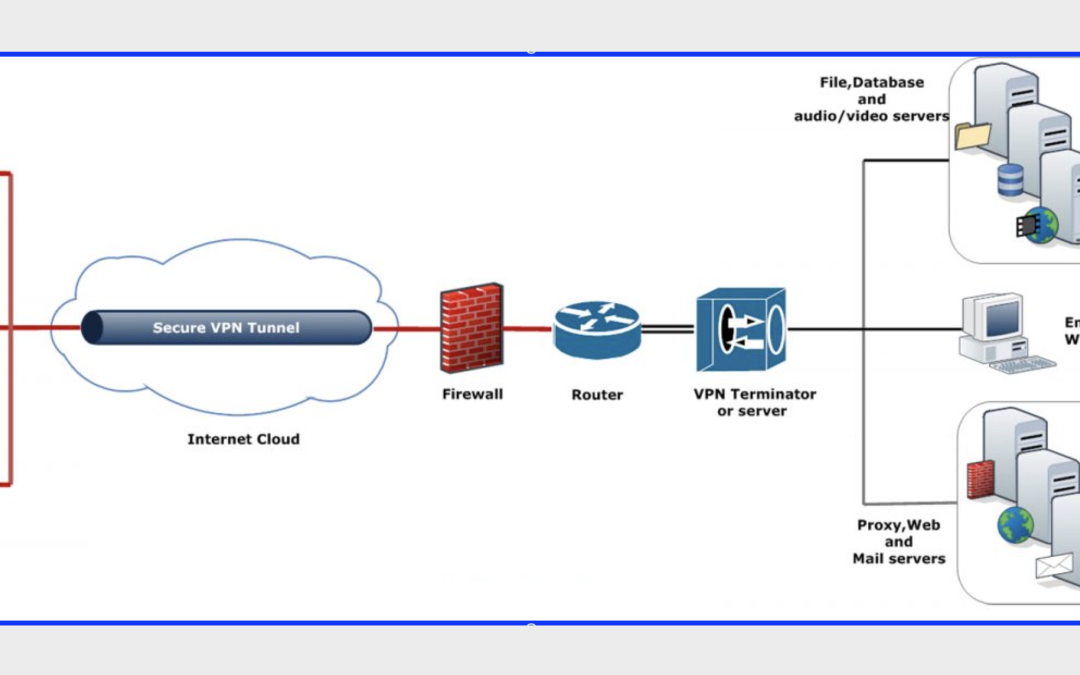 Remote Access to work was revolutionized with the advent of Virtual Private Networking (“VPN”) around the turn of the millennium (aka “y2k”).  Sure, VPN was first built a few years earlier – and by Microsoft no less!  And before that, there were large companies who could buy the special equipment to allow remote access over a modem line – you basically “Dialed in” directly to work instead of first connecting to AOL.  But it was VPN that really took it to new levels because you could connect to work from ANY internet connection.  The VPN dug a private tunnel over whatever connection you had to work.

I know this because I lived it.  My friend at Dole Food Company, Scott Harvey put in the first Checkpoint VPN so that our traveling salespeople could connect from the hotel to their AOL or NetZero accounts and then “tunnel” in to work securely and privately.

I had to support it.  It was a mess.  Imagine working over the phone with sales people who couldn’t connect to work.  No remote control software.  No mobile devices to FaceTime with.  No “Share your screen” to see what’s going on.  Just laptops with PCMCIA cards, public hotel phone lines, a client that had to be installed on Windows, TCP/IP settings that had to be adjusted, and MULTIPLE usernames and passwords!

Now the sales people could access the File Server and grab those Word and Excel docs they relied on for their sales forecasts and data entry.  They could also do something else pretty amazing.  They could open the JDEdwards “Fat Client” on their laptop and it would connect over the VPN to the back-end AS/400 database!  This is amazing.  They no longer needed to be inside the four walls of the office building to do work.

IT WAS THE DAWN OF THE WORK FROM HOME ERA

The problem though is that it’s now 20 years later and many companies still rely on a VPN to get all of their remote users connected back to the office or datacenter.   In the year 2020, most businesses that could work from home had their workforce go do just that….and the VPN connections are stressed out and overloaded and in some cases just simply can’t keep up.

My point is that in today’s world of cloud services, businesses should focus on directing their home based remote workers to the cloud so they don’t need to connect back to the office.  You should already have Email and Files in the cloud so there’s no need to VPN to the office to get your Outlook connected or get to your file server.

But what about those old pesky applications that run on Windows Serve 2012 R2 and use SQL database on the back-end?   Those are the business critical apps that your company relies on to function and you are still using VPN connections with the “Fat Client” on the PC and the middle-tier and the back-end in your office or datacenter.

VPN IS SLOW AND ANCIENT AND NO LONGER NEEDED

I haven’t used a VPN in over 2 years.  There are so many new ways to get your employees access to business data from anywhere.  Let’s take a look at just a few:

Ok, the first strategy has been around the longest – move your Email to the cloud!  Finchloom has been doing Email migrations for over 10 years and Exchange Online was the first piece of what has become Office 365 over the years.  If you haven’t moved your Email to cloud yet, this is where you should start.  There’s no reason to host your own Email at your office anymore – no reason to have a Mail Server anymore.  Microsoft has subscriptions for Email that will allow you to use Outlook on Any Device and access the same mailbox wherever you are – including Mobile Devices.   Then, add-in our Finchloom PhishPrevent Managed Security Service for Business Email and Identity Protection and you’re all set.   No more VPN for Email.

Next, let’s talk about collaboration.   It used to seem wild that 10 people from the same company could be working in different locations all at once.  You used to have to sit in a conference room to collaborate with others.  But not anymore.  Now, with Microsoft Teams you can collaborate on files, chat with each other, and engage in high definition video calls and screen sharing.   If you still have files on a file server, those can move into Teams.  Each user gets a OneDrive for individual files and the company can have a share for all users or multiple shares for departments.  These “shares” are now called Teams – you can share your files, chat about them, and work together on the files.  No more VPN for File Access or Collaboration.

Now what about Voice?  If you have a traditional phone system at the office, you know that it is very difficult to take phone calls from anywhere.  You may have to setup forwarding of your line to your cell phone or take other drastic measures.  After all, you can’t take the paper weight with the curly que wire off the desk, right?  The phone needs to stay on the desk and be plugged in, so it can’t work from home with you.  Well, that’s no longer the case with Microsoft Teams Voice!   With Teams Voice, you add phone functionality to Microsoft Teams!  Now, just add a headset and webcam and you are good to go.  Take Work calls on your mobile device by using the Teams Mobile App.  Take your phone with you anywhere because it’s built into Teams.  It’s so easy, why’d we do it the hard way for so many years?   No more VPN for access to meetings or the phone system.

And finally – my favorite new technology – Windows Virtual Desktop.  If you’ve used Terminal Server or Citrix over the years, you know about virtual desktops – but those technologies gave users the ability to sign into a multi-session SERVER operating system.  Now with Microsoft Azure Windows Virtual Desktop, you get Windows 10 Multi-User that scales up or down depending on the need.  Also, the Microsoft 365 Apps are installed for the best and most secure access to Office 365 from anywhere.  When you deploy Virtual Desktop, you can connect Azure back to your datacenter so there is a seamless internal connection back to the business apps and data.  When a user connects to the Virtual Desktop it’s like they are “inside the office” and they get a consistent and controller manner in which to do work.  This means that your home based and remote based users can use ANY DEVICE to connect to the virtual desktop.  It doesn’t matter because all the computing takes place on the virtual machine.  No more VPN to get to line of business apps or adopt Bring Your Own Device strategies!

And this brings me back to VPN and how I want to rid the world of it.

VPN IS SLOW AND ANCIENT AND NO LONGER NEEDED!

If you have adopted or are in the process of adopting a business digital transformation strategy, you will not need to give your employees access to your “on-premise” server room or datacenter.  Once your apps and data are properly migrated into the cloud, you will no longer need to use VPN.  You’ll start using modern authentication and access controls; cloud identity and risk based conditional access; device compliance and cloud app brokers.   Life will be so much better for you and for your employees.

Take a look at Finchloom’s Work From Home Solutions and contact us now to discuss how we can help you get rid of VPN.